Typical bomb blast testing is done with simulated blasts out of a shock tube, which lack the data that you would get from real bomb blasts.

Our team works closely with specialized bomb technicians to customize all bomb blast testing with industry test methods and standards. We use various types of bombs that are detonated just like you would see in a real-life attack. Some of the bomb blast testing includes pipe bombs, pressure cooker bombs, and other homemade explosives. 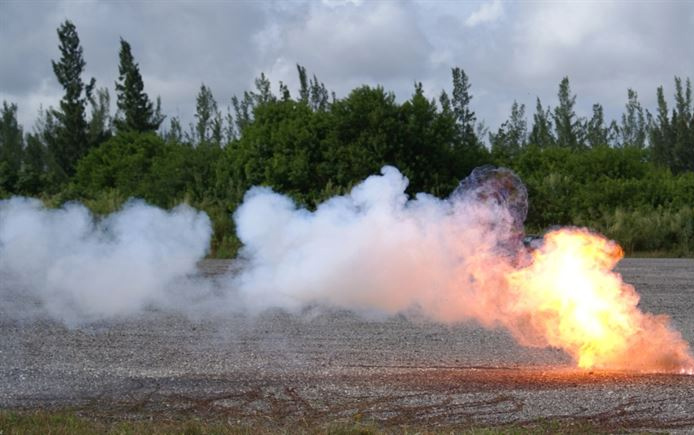